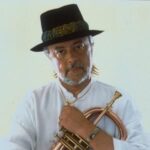 He came to prominence as a member of Art Blakey’s band in the 1960s, and later co-led the Jazz Brothers with his brother, Gap. He achieved international success in 1977 with his jazz-pop single “Feels So Good”. Mangione has released more than 30 albums since 1960.

Mangione was born and raised in Rochester, New York, United States. With his pianist brother Gap, they led the Mangione Brothers Sextet/Quintet, which recorded three albums for Riverside Records, before Mangione branched out into other work. He attended the Eastman School of Music from 1958 to 1963, then joined Art Blakey’s Jazz Messengers, for which he filled the trumpet chair previously held by Clifford Brown, Freddie Hubbard, Kenny Dorham, Bill Hardman, and Lee Morgan.

In the late 1960s, Mangione was a member of the band The National Gallery, which in 1968 released the album Performing Musical Interpretations of the Paintings of Paul Klee. Mangione served as director of the Eastman jazz ensemble from 1968 to 1972. In 1970, he returned to recording with the album Friends and Love, recorded in concert with the Rochester Philharmonic Orchestra and guest performers.

Mangione’s quartet with saxophonist Gerry Niewood was a popular concert and recording act throughout the 1970s. “Bellavia”, recorded during this collaboration, won Mangione his first Grammy Award in 1977 in the category Best Instrumental Composition.

Mangione’s composition “Chase the Clouds Away” was used at the 1976 Summer Olympics in Montreal, Quebec. His composition “Give It All You Got” was the theme to the 1980 Winter Olympic Games in Lake Placid, New York. He performed it live on a global television broadcast at the closing ceremonies. In 1978, Mangione composed the soundtrack for the film The Children of Sanchez starring Anthony Quinn. This album won him his second Grammy, in the category Best Pop Instrumental performance in 1979. The title song’s full version was almost 15 minutes long and featured a wind section theme. In 1981, Mangione composed and performed the theme for the film The Cannonball Run.

In addition to his quartet with Niewood, Mangione had much success with his later-1970s ensemble, with Chris Vadala on saxophones and flutes, Grant Geissman on guitars, Charles Meeks on bass guitar, and James Bradley Jr. on drums. This version of Mangione’s band recorded and toured behind the hit studio albums Feels So Good and Fun and Games and the Children of Sanchez soundtrack. Some band members participated in the “Tarantella” benefit concert in 1980.

The band was also featured with a 70-piece orchestra on the live album An Evening of Magic, which was recorded at the Hollywood Bowl on July 16, 1978, at the height of Mangione’s success from “Feels So Good”. Performances of material new and old included versions of “Main Squeeze”, “Hill Where the Lord Hides”, and “Chase the Clouds Away”. Mangione opened and closed the show with “Feels So Good” and its “Reprise” version. “B’ Bye” featured a string arrangement from Bill Reichenbach. The horns were arranged by frequent collaborator Jeff Tyzik, who also played trumpet in the horn section that night. Mangione played material from the just-released “Children of Sanchez” soundtrack album, which made its West Coast concert debut.

The liner notes from the album describe the frenzy in which the performance was put together. Unable to set up on stage the day before (The Los Angeles Philharmonic played the “1812 Overture” on July 15), Mangione and his crew had only the day of show to set up lights, sound and recording gear. He had only nine hours the day before to rehearse at A&M studios with the orchestra’s musicians and was never able to run through the entire set list once in its entirety. He and the band stayed at a hotel up the street from the Bowl to make sure they would not miss the performance due to snarled traffic pouring in as showtime neared. Nevertheless, the show went off without a hitch.

In December 1980, Mangione held a benefit concert in the Americana Hotel Ballroom in Rochester, to benefit the victims of an earthquake in Italy. The nine-hour concert included jazz performers Chick Corea, Steve Gadd and Dizzy Gillespie, among a host of other session and concert musicians. Soon thereafter, A&M released Tarantella, named for the Italian traditional dance, a vinyl album of some of the concert’s exceptional moments, which has not yet been released as a CD.

A 1980 issue of Current Biography called “Feels So Good” the most recognized tune since “Michelle” by The Beatles. He raised over $50,000 for St. John’s Nursing Home at his 60th Birthday Bash Concert at the Eastman Theatre and played a few bars of “Feels So Good”. In 1997, Mangione did a session with Les Paul. Mangione was told of how he beat out Paul for the ‘Album of the Year’ award.

1975 Chuck Mangione – Chase The Clouds Away