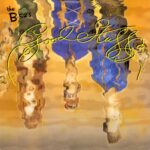 “Good Stuff” is title track from American new wave band the B-52‘s’ sixth studio album album of the same name (1992). The instrumental non-album track “Return to Dreamland” is the B-side on some editions, while remixes are featured on other versions. The song reached number 28 on the US Billboard Hot 100 and number one on the Billboard Modern Rock Tracks chart. It also peaked at number two in Portugal, number 21 in the United Kingdom, number 23 in New Zealand, and number 24 in Canada. The music video for “Good Stuff” includes a cameo appearance by RuPaul, who previously appeared in the video for “Love Shack”.

Good Stuff is the sixth studio album by new wave band The B-52′s, released in 1992. This is the first (and only) B-52s album in which vocalist Cindy Wilson does not appear, though she rejoined some years later. A moderate radio hit had been achieved with the title track called “Good Stuff” and the album […]