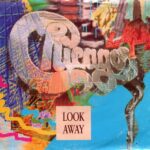 “Look Away” is a 1988 power ballad by American rock band Chicago. Written by Diane Warren, produced by Ron Nevison, and with Bill Champlin on lead vocals, it is the second single from the band’s album Chicago 19. “Look Away” is Chicago’s largest selling single of all, topping the Billboard Hot 100 for two weeks in December 1988, matching the chart success of the group’s “If You Leave Me Now” (1976) and “Hard to Say I’m Sorry” (1982). “Look Away” is Chicago’s seventh song to have peaked at No. 1 on the Adult Contemporary chart as well as the No. 1 song on the 1989 year-end Billboard Hot 100 chart, even though it never held the No. 1 spot at all in 1989.

The song, unlike hits from early in Chicago’s career, does not prominently feature horns. It is also the band’s only No. 1 single following the 1985 departure of Peter Cetera.