1982 Nicolette Larson – All Dressed Up And No Place To Go 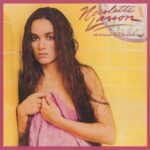 All Dressed Up And No Place To Go is the fourth studio album by American singer Nicolette Larson. It was produced by Andrew Gold and released by Warner Bros. Records in 1982.

The album was produced by Andrew Gold, who at the time was in a serious relationship with Larson. The pair broke up shortly after the album’s recording sessions had finished. In a circa 2005 interview for Randolph Michaels’s book Flashbacks to Happiness: Eighties Music Revisited, Andrew Gold recalled of the album: “She and I had a blast making the record and we had some great players doing the album with us. To me, the album was one of her best, yet it was somehow overlooked by many of her fans.”

The album’s only single was “I Only Want to Be with You”, a cover of the 1963 Dusty Springfield song. Larson’s version was released in July 1982, and reached No. 53 on the Billboard Hot 100. It was Larson’s last appearance on the chart. All Dressed Up and No Place to Go, released in July, peaked at No. 75 on the Billboard 200. It was her final release for Warner Bros.

The album received its first release on CD, in Japan only, during 1991. Wounded Bird Records later released a remastered CD version in the US in 2005, followed by a UK release from BGO Records in 2018

2 I Only Want To Be With You

3 Just Say I Love You

10 Still You Linger On