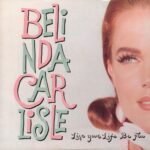 “Live Your Life Be Free” is a song written by Rick Nowels and Ellen Shipley, produced by Nowels for Belinda Carlisle‘s fourth album Live Your Life Be Free. Released on September 16, 1991, the single reached the top 20 in Australia, Sweden, and the United Kingdom. The song’s music video was directed by Nick Egan.