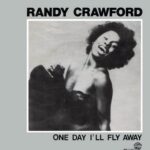 “One Day I’ll Fly Away” is a song performed by American jazz singer Randy Crawford, from her fourth studio album, Now We May Begin (1980). The song was written by Joe Sample and Will Jennings and produced by Sample, Wilton Felder and Stix Hooper. It received generally favorable reviews from music critics. The song was a commercial success in the international market at the time, reaching number one in Belgium (Flanders) and Netherlands, while peaking at number two in the United Kingdom.

“One Day I’ll Fly Away” is Crawford’s highest charting single.

Now We May Begin is an album by the American R&B singer Randy Crawford, released in 1980 on Warner Bros. Records. The album got to No. 10 on the UK Albums Chart and No. 30 on the US Billboard Top R&B Albums chart. Now We May Begin has also been certified Silver in the UK […]