1975 Patrice Rushen – Before The Dawn 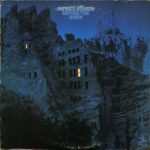 Before The Dawn was the second album by jazz/R&B singer Patrice Rushen. While 1974’s Prelusion was essentially a straight-ahead record with fusion references, 1975’s Before the Dawn album was essentially a fusion album. With this album Rushen brings a fusion of R&B, pop, and rock elements to her jazz foundation.

The album included the song “What’s the Story,” which was the only song that did not have a jazz artist’s sound; it has a more funk tune which features singer Josie James. This would later be compared with songs from her follow-up albums as it showed great resemblance to her work as an R&B singer with Elektra Records. Everything else on the album, however, is instrumental jazz — although instrumental jazz that is mindful of R&B, pop, and rock. The album was a clear step for Rushen as it showed her entrance to R&B music and exit from jazz music.