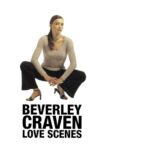 Craven started writing new songs for her second album while touring for the first one. Epic wanted to release a follow-up to her successful debut album Beverley Craven in 1992 to capitalize on her success. However, Craven gave birth to her first daughter, Mollie, in early 1992, and decided to postpone the album’s release to take care of the baby, eventually releasing it in September 1993.

The album, like her debut, was produced by Paul Samwell-Smith. It features his former Yardbirds bandmate Jeff Beck on guitar on three tracks. The album was written by Craven herself, except for the song “Love Is the Light”, which was co-written with her husband Colin Campsie, this being the only time she has collaborated on writing a song.

Some of the songs on the album had been previously heard on Craven’s live videotape Memories, released in 1992. The songs “Feels Like the First Time” and “Look No Further” had been previously released as B-sides for the singles from her debut album. Love Scenes includes a cover of ABBA’s “The Winner Takes It All”, which Craven recorded for an unreleased 20th anniversary ABBA tribute album.

2 Love Is The Light

10 The Winner Takes It All