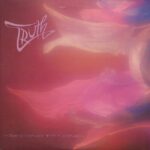 Second To None is an album by Truth, released in 1984 on Paragon.

Truth was an American Contemporary Christian group, active from 1971 to 2001. Formed by John Roger Breland, the ensemble’s name stands for “Trust, Receive, Unchangeable, True Happiness [in Jesus]”. It was initially composed of some 15 members who toured extensively year-round, eventually recording frequently as well. It eventually expanded to 22 members and continued touring regularly for thirty years, dissolving in 2001. In 2000, the group was inducted into the Gospel Music Hall of Fame.

4 I’ve Got The Love Of The Lord