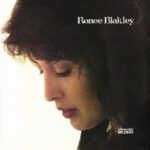 Ronee Sue Blakley (born August 24, 1945) is an American actress, singer-songwriter, composer, producer and director, perhaps best known for her work as an actress. Her best-known role was the fictional country superstar Barbara Jean in Robert Altman’s 1975 film Nashville, for which she won a National Board of Review Award for Best Supporting Actress and was nominated for an Academy Award. She also performed roles in Walter Hill’s The Driver (1978) and Wes Craven’s A Nightmare on Elm Street (1984).