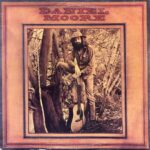 Daniel Moore is the first solo album by Daniel Moore, released in 1971.

Daniel Moore (born 1941 in Walla Walla, Washington, U.S.) is an American musician, singer and songwriter. He co-wrote the song “My Maria” with B. W. Stevenson. Recorded by the latter, the song was a pop hit in 1973. Moore also wrote the song “Shambala”, a song which was a hit for both B. W. Stevenson and Three Dog Night that same year. “My Maria” was also a country hit in 1996 when recorded by Brooks and Dunn. In addition, Moore has written songs for other artists, including Joe Cocker and Bonnie Raitt.