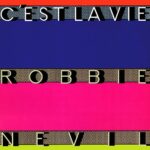 “C’est La Vie” is a song by American singer-songwriter Robbie Nevil, from his self-titled debut album in 1986. The song was first recorded by gospel singer Beau Williams for his album Bodacious! (1984).

Written by Nevil, with Duncan Pain and Mark Holding, Nevil recorded the song for his eponymous debut album, and it was released as the first single. Nevil’s single spent two weeks at number two on the US Billboard Hot 100 singles chart in January 1987 and remained in the top 40 for 16 weeks, becoming his highest-charting US hit. (It was kept from number one by two songs, “Shake You Down” by Gregory Abbott and “At This Moment” by Billy Vera and the Beaters.) Additionally, the song went to number one on the Hot Dance Club Play American dance chart for one week in February 1987 with an Arthur Baker remix. . Internationally, the song reached number three on the UK singles charts and number one in Canada and Switzerland. The song featured in the Black Mirror episode, “San Junipero”.