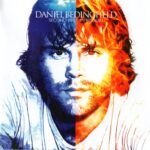 Second First Impression is the second studio album released by British singer-songwriter Daniel Bedingfield. Released in 2004, it peaked at number eight on the UK Albums Chart. The album title comes from the chorus of track 7 on the album, “Show Me the Real You”, and also serves as a reference to this being Bedingfield’s second album.

In the United Kingdom, the first single to be taken from the album was “Nothing Hurts Like Love”, which peaked at number three on the UK Singles Chart in the same month as the album was released. The second single was “Wrap My Words Around You”, released in February 2005, followed by “The Way”. The UK release includes two bonus tracks, “Draw You” and “A Kiss Without Commitment”, and a hidden track entitled “I’m Not Dead”, which refers to Bedingfield’s near-fatal car accident in New Zealand earlier in 2004.

3 Wrap My Words Around You

7 Show Me The Real You

11 All The Little Children