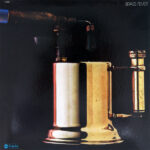 Brass Fever is the first album by Brass Fever, released in 1975.

Brass Fever was an American jazz musical ensemble, which recorded two albums for Impulse! Records. Consisting of both session musicians and leaders such as Shelly Manne, their two albums covered jazz and R&B genres. Their second album charted at #98 on the US Billboard R&B chart

4 Back At The Chicken Shack