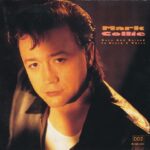 Born And Raised in Black & White is the second full-length disc from country music singer-songwriter Mark Collie. It was released on MCA in 1991. “Calloused Hands”, “She’s Never Comin’ Back”, and “It Don’t Take a Lot” were released as singles.

It features a cover of the song “Lucky Dog”, originally recorded by country singer Keith Whitley on his 1988 album Don’t Close Your Eyes. He also covers Tex Williams’ classic 1960 song, “Ballad of Thunder Road”, written by Robert Mitchum and recorded by him in 1963.

The Jamie O’Hara penned song, “There Goes My Dream”, would later be recorded by The Dixie Chicks in 1993 for their album, Shouldn’t a Told You That.