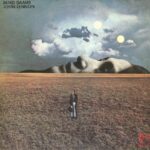 Mind Games is the fourth studio album by English musician John Lennon. It was recorded at Record Plant Studios in New York in summer 1973. The album was released in the US on 29 October 1973 and in the UK on 16 November 1973. It was Lennon’s first self-produced recording without help from Phil Spector. Like his previous album, the politically topical and somewhat abrasive Some Time in New York City, Mind Games received mixed reviews upon release. It reached number 13 in the UK and number 9 in the US, where it was certified gold.

The album was recorded while Lennon was having difficulties with US immigration and at the beginning of his 18-month separation from Yoko Ono. The title track was released as a single at the same time as the album. The album itself was later reissued several times throughout the 1970s and 1980s.

5 Bring On The Lucie (Freda Peeple)