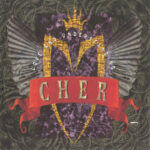 “Love And Understanding” is a rock song by American singer-actress Cher from her 20th studio album, Love Hurts. Written by Diane Warren, produced by Warren & Guy Roche, it was released as the album’s lead single in 1991 for the European and North American market. The B-Side “Trail Of Broken Hearts” appears on the soundtrack to the Tom Cruise film Days of Thunder and is not available on any Cher album.

Love Hurts is the 20th studio album by American singer-actress Cher, released on June 11, 1991 by Geffen Records. The RIAA certified it Gold on August 27, 1991. It is the final studio album with the record label Geffen. The lead single from the album was, “Love and Understanding” and the follow-up singles were “Save […]