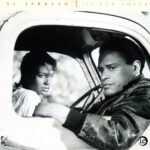 Nile Rodgers, the album’s producer, called it “the best thing I ever made that didn’t sell” in the July 27, 2015, issue of New York magazine. “The theme from Moonlighting was on it, but Al and I thought it wasn’t cool enough. So we took it off the album. That becomes a hit, and the album sank. Shows what I know.” The single version of the Moonlighting theme, originally included on the show’s 1987 soundtrack album, was added to Friday Music’s 2011 reissue of L Is for Lover along with a remix of the album’s title track and the 12-inch extended mix of “Tell Me What I Gotta Do.” The Rodgers-produced version of Moonlighting’s theme song was used in the opening and closing credits of each episode of the show’s fourth (’87-’88) and fifth (’88-’89) seasons.

1 Tell Me What I Gotta Do

6 Across The Midnight Sky

8 Give A Little More Lovin’