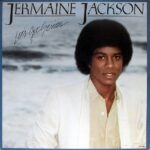 “Let’s Get Serious” is a song written by Lee Garrett and Stevie Wonder and the title track to Jermaine Jackson‘s 1980 Motown album Let’s Get Serious. Released as a single, it became Jackson’s first number-one R&B hit and second top-ten pop hit. It also reached the top ten in the UK. The recording was produced by Stevie Wonder, who also provided vocals for the track.

It was ranked number one on the Billboard soul chart for the year in 1980, edging out brother Michael’s Platinum-certified mega-hit “Rock with You”, which ranked at number two.

Let’s Get Serious is the sixth studio album by Jermaine Jackson, released in 1980. It reached #6 on the Billboard album chart and logged five weeks at #1 on the Top R&B chart. It achieved sales of 900,000 copies in the United States. The title track was 1980’s biggest Soul hit of the year and […]