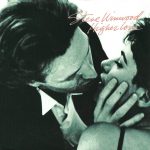 “Higher Love” is a 1986 song by English singer Steve Winwood. It was the first single released from his fourth solo LP, Back in the High Life. It was written by Winwood and Will Jennings and produced by Russ Titelman and Winwood. The female vocals on the song were performed by Chaka Khan, who also appeared in the promotional music video.

“Higher Love” was Winwood’s first Billboard Hot 100 number-one song, topping the chart for one week. It was preceded by Madonna’s “Papa Don’t Preach” and followed by “Venus” by Bananarama. The song also spent four weeks atop the US Billboard Album Rock Tracks chart and earned two Grammy Awards, for Record of the Year and Best Male Pop Vocal Performance. It also peaked at number 13 in the United Kingdom, Winwood’s highest charting solo entry there, and reached number one in Canada for a week.

Whitney Houston covered the song in 1990 and it was included as a bonus track on the Japanese edition of her third studio album I’m Your Baby Tonight. James Vincent McMorrow covered the song in 2011, on his first album “Early in the Morning”. In June 2019, Norwegian DJ Kygo reworked Houston’s cover into a tropical house track and it was released as a single worldwide, and on August 21, 2019, their version hit number one on Billboard magazine’s Dance Club Songs chart, making it Houston’s highest-charting posthumous release to date.

Back In The High Life is the fourth solo album by English singer, songwriter, and multi-instrumentalist Steve Winwood, released on 30 June 1986. The album proved to be Winwood’s biggest success to that date, certified Gold in the UK and 3× Platinum in the US, and it reached the top twenty in most Western countries. […]