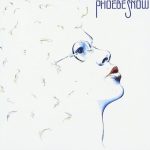 Phoebe Snow is the debut album by singer-songwriter Phoebe Snow, released in 1974. It contains her Top 5 Billboard pop hit, “Poetry Man”.
Sessions were held in Los Angeles, Nashville and in Tulsa to find the right approach for the album. “She’d play with whoever was around and we’d record and analyze the recordings, try and work out what was ideal for each song, which approach to take,” said Shelter president Denny Cordell. “I think she found that rather a long and painful study, but it obviously had its rewards.” After the album’s release, legal battles took place between Snow and Shelter Records. Snow eventually signed with Columbia Records. It would be two years before her next release on Columbia

6 I Don’t Want The Night To End

8 It Must Be Sunday