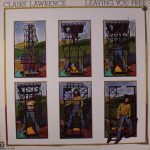 Leaving You Free is an album by Claire Lawrence, released in 1973.

Claire Lawrence (born 1939) is a Canadian musician who was a founding member of the Canadian band The Collectors, and remained with the group when it transitioned to Chilliwack[2] in 1970. He performed on keyboards, flute, saxophone, and piano. He left Chilliwack in 1971 after several albums with the band and subsequently produced albums for a number of Canadian artists and groups including Ferron, Susan Jacks, Valdy, Shari Ulrich, Roy Forbes, 1979- (Nancy Nash with Robbie King CBC), UHF and Connie Kaldor.

1 Hungry For The Good

3 Village In The Green