1986 Bob Siebenberg – Giants In Our Own Room 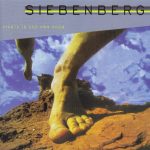 Giants In Our Own Room is the first solo album by Bob Siebenberg, released in 1986.

Robert Layne Siebenberg (born October 31, 1949) also known as Bob C. Benberg, is an American musician, best known as a member of British progressive rock band Supertramp, playing drums and percussion. He was the sole American in Supertramp’s lineup. His son, Jesse, joined Supertramp at the time of the release of the live album It Was the Best of Times (live; 1999).