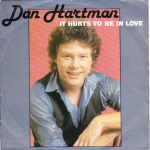 “It Hurts To Be In Love” is a song written by Howard Greenfield and Helen Miller which was a Top Ten hit in 1964 for Gene Pitney. The song was one in a long line of successful “Brill Building Sound” hits created by composers and arrangers working in New York City’s Brill Building at 1619 Broadway.

In 1981, American singer-songwriter and musician Dan Hartman released a version of the song on his fourth studio album It Hurts to Be in Love. The song was the second single from the album and reached No. 78 on the US Billboard Hot 100. It also reached No. 48 on the Billboard Disco Top 100 chart. 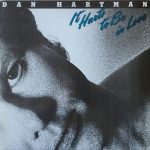