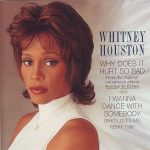 “Why Does It Hurt So Bad” is a song recorded by American singer Whitney Houston for the 1995 film Waiting to Exhale. It was released on July 7, 1996, by Arista Records as the seventh and final single from the accompanying soundtrack. The song was written and produced solely by Babyface. Musically, it is an R&B ballad, and the lyrics chronicle a lovelorn lament.

The song garnered positive reviews from critics, who commended Houston’s vocal effort. It charted in the United States on the Billboard Hot 100, peaking at number twenty-six. It also reached a peak position of number twenty-two in the Hot R&B/Hip-Hop Songs chart and number six on the Adult Contemporary chart. In Canada, the song reached a peak of number forty-five on the RPM Singles chart. Although there is no official music video for the song, a performance of the song at the 1996 MTV Movie Awards was taped and is used as a promotional clip. The song was later included as a medley, in her My Love Is Your Love World Tour (1999), along with a few other songs. 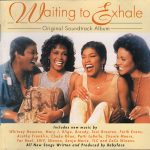