2016 Band Of Other Brothers – City Of Cranes 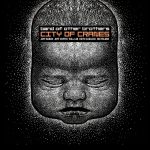 City Of Cranes is an album by the Band Of Other Brothers, released in 2016.

After a recorded trio encounter in 2005 known as MONDO TRIO (with drummer Vinnie Colaiuta), that became a musicians’ favorite, kindred spirits and fellow Jeffs – Babko and Coffin – knew they had to reconvene. When drummer Keith Carlock re-relocated to Nashville (where Coffin resides), it seemed to be the moment they had waited for. Carlock and Babko were touring Japan with guitarists Larry Carlton and Steve Lukather and decided to push though and find time in between Carlock’s touring with Steely Dan, Coffin’s touring with Dave Matthews Band and Babko’s moments off from the Jimmy Kimmel Live house band. Amazingly, they found a shared window, and when Babko asked Mondo Trio engineer Niko Bolas for Nashville studio recommendations, he replied, “Blackbird, and I’m engineering!” Not wanting to repeat the recorded trio format, Babko asked Will Lee if he’d even be interested to play bass (he was). Finally, Babko asked young guitar master and fellow coffee enthusiast Nir Felder if he had the same time window free, which he did. Band Of Other Brothers was born!
Inspired by Pat Martino’s life story and his “Starbright” album (featuring Will Lee), Babko composed material and enlisted Coffin and Felder to do the same, which provided a wealth of creative musical springboards. The backdrop of recording in Nashville and at the legendary Blackbird Studios also inspired a collective aesthetic, as did the muscle of Carlock’s drumming.
The Band Of Other Brothers, including sonic whiz Niko Bolas, has created an exciting and thoughtful collection of music and, as Babko says, “We hope to open listeners’ windows and doors to let in our musical wind. However, you may have to sweep up some debris afterwards.” (source)

Mixed At The Surf Shack
Recorded At Blackbird Studio