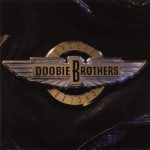 Cycles is the tenth studio album by American rock band The Doobie Brothers. The album was released on May 17, 1989, by Capitol Records.

It marked the band’s reunion after breaking up in 1982. Instead of the later configurations with Michael McDonald at the helm, the band reverted to their 1972-4 lineup although Bobby LaKind who had played percussion with later configurations also rejoined. Tom Johnston, John Hartman and Michael Hossack returned to the lineup for the first time since 1977, 1979 and 1974 respectively.

The album was largely co-written with producers and sidesmen. Bobby LaKind collaborated with former Doobie members John McFee and Keith Knudsen on “Time is Here and Gone” and Michael McDonald on “Tonight I’m Coming Through (The Border)”. Two cover versions were included in the form of the Four Tops’ “One Chain (Don’t Make No Prison)” and the Isley Brothers’ “Need a Little Taste of Love.”

The title of the album was taken from an unused song written by Tiran Porter. Porter later recorded the song for his 1995 solo album Playing To An Empty House.

Lead track “The Doctor” was released as a single and stormed to No. 9 on Billboard’s Hot 100 and No. 1 on the Mainstream Rock Chart.” After this album, Bobby Lakind retired from the band because of terminal colorectal cancer, which claimed his life in 1992.