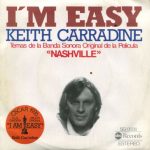 “I’m Easy” is an Academy Award-winning song written and performed by Keith Carradine for the 1975 movie Nashville. Carradine recorded a slightly faster version that became a popular music hit in 1976 in the United States.
The song is a ballad about a lover who is guileless and in awe of the object of his love. The film juxtaposes these lyrics by presenting the song in the context of Tom, a character played by Carradine, who is a manipulative womanizer. In the film, when Tom performs the song at the Exit/In (a real-life Nashville music club where the scene was shot), he dedicates it to “a special someone”. Several women in the audience, past, recent and future conquests, believe the song has been written for them. 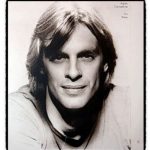