1975 George Harrison – Extra Texture (Read All About It) 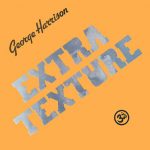 Extra Texture (Read All About It) is the sixth studio album by English musician George Harrison, released on 22 September 1975. It was Harrison’s final album under his contract with Apple Records and EMI, and the last studio album issued by Apple. The release came nine months after his troubled 1974 North American tour with Ravi Shankar and the poorly received Dark Horse album.

Among Harrison’s post-Beatles solo releases, Extra Texture is the only album on which his lyrics are devoid of any obvious spiritual message. It was recorded mostly in America rather than England, while Harrison was working in Los Angeles in his role as head of Dark Horse Records. Gary Wright, David Foster, Jim Keltner, Jesse Ed Davis, Leon Russell, Tom Scott, Billy Preston and Jim Horn were among the many contributing musicians. The keyboard-heavy arrangements incorporate elements of soul music and the influence of Smokey Robinson, signalling a further departure from the rock and folk-rock sound of Harrison’s popular early-1970s work. Contrasting with the musical content, the album’s art design conveys an upbeat mood and includes an unusual die-cut cover with a textured surface.

2 The Answer’s At The End

3 This Guitar (Can’t Keep From Crying)

4 Ooh Baby (You Know That I Love You)

7 Can’t Stop Thinking About You

10 His Name Is Legs (Ladies & Gentlemen)