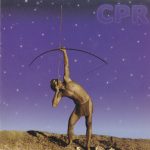 CPR is the first studio album recorded by Crosby, Pevar and Raymond (CPR).

The first song that Crosby and Raymond co-wrote, “Morrison”, was performed live for the first time in January 1997. The song recalled Crosby’s ambivalent feelings about the portrayal of Jim Morrison in Oliver Stone’s The Doors (1991). The success of the band’s initial 1997 tour spawned a studio album, CPR, which was released in March 1998.

Following a second studio album (2001’s Just Like Gravity) and several successful tours, the group nominally disbanded in 2004. In addition to continuing to perform with his father as part of the touring bands for Crosby & Nash and Crosby, Stills & Nash, Raymond has served as musical director for most of Crosby’s ensuing solo output and related tours, including Croz (2014) and Sky Trails (2017). Both Pevar and Raymond are band members on the 2017 release as well. From 2005 to 2006, Pevar was a member of the Crosby, Stills & Nash touring band alongside Raymond. In 2017, the trio toured once again with drummer Stevie DiStanislao, keyboardist/vocalist Michelle Willis, and bassist Mai Agan under the moniker of David Crosby & Friends. That same lineup toured again in 2019 as David Crosby and the Sky Trails Band.

3 One For Every Moment

11 Time Is The Final Currency