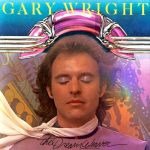 The Dream Weaver is a solo album by Gary Wright released in July 1975.

The album was said by Wright to be the first-ever all-keyboard album (though there were many all-synthesizer LPs before this, including Switched-On Bach by Wendy Carlos, in 1968), but in fact it also features drums, vocals, and guitar, among other instruments. The performers include David Foster, Bobby Lyle, and Wright himself on keyboards, and Jim Keltner and Andy Newmark on drums. The track “Power of Love” featured Wright’s Warner Bros. labelmate Ronnie Montrose on electric guitar.

The album’s success was a slow but steady accomplishment as the album eventually peaked at number 7 on Billboard Top LPs & Tape chart in the spring of 1976. The album’s “title cut” (unlike the album, the song omits the article “The”) and “Love Is Alive” both peaked at number 2 on the Billboard Hot 100 singles chart.