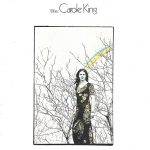 Writer is the debut studio album by Carole King and was released in 1970. King already had a successful career as a songwriter, and been a part of The City, a short-lived group she formed after moving to Los Angeles in 1968. Tracks on the album include “Up on the Roof” which was a number 4 hit for the Drifters in 1962, and “Child of Mine”, which has been recorded by Billy Joe Royal, among others. The album did not receive much attention upon its release, though it entered the chart following the success of King’s next album, Tapestry, in 1971.

Reviewers rate it positively if not as highly as Tapestry, one noting that it was the “most underrated of all [her] original albums”. And, in a review that also covered Tapestry in Rolling Stone, Jon Landau wrote, “Writer was a blessing despite its faults” and that though the “production was poor”, King herself made the album “very worthwhile”.