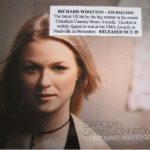 “I Don’t Want You to Go” is a song co-written and recorded by Canadian country music singer Carolyn Dawn Johnson. It was released in December 2001 as the third single from her debut album Room with a View. The song was also her third entry on two U.S. singles charts, peaking at number 7 on Billboard Hot Country Singles & Tracks (now Hot Country Songs) and number 54 on the Billboard Hot 100. It was written by Johnson and Tommy Polk. 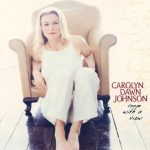