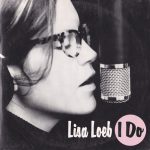 “I Do”is a song written and recorded by American singer/songwriter Lisa Loeb. Released October 1997 as the lead single from her second album Firecracker, “I Do” peaked at number 17 on the US Billboard Hot 100, becoming Loeb’s most successful single after her number-one debut single “Stay (I Missed You)” in 1994. In Canada, “I Do” gave Loeb her second number-one hit, after “Stay (I Missed You)”. This song was her last top-twenty single in both countries. 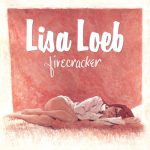