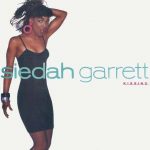 “K.I.S.S.I.N.G.” is a 1988 single for singer/songwriter Siedah Garrett, taken from her album Kiss of Life. The single was her most successful release as a solo artist, hitting number one on the dance chart for one week. On the soul chart, “K.I.S.S.I.N.G.” peaked at number sixteen and on the Billboard Hot 100, it went to number ninety-seven.

Kiss Of Life is the debut solo album by American singer-songwriter Siedah Garrett, released in 1988 on Quincy Jones’s Qwest Records label. Deborah Christine “Siedah” Garrett (born June 24, 1960) is an American singer and songwriter, who has written songs and performed backing vocals for many recording artists in the music industry, such as Michael […]