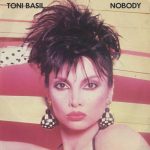 “Nobody” is the third single by Toni Basil, and the second from her debut album, Word of Mouth. It was released in the UK only. It was the follow-up to “Mickey.” “Nobody” failed to reach the top 50, peaking at #52. A music video was made for the song. The visuals of the music video were inspired by the 1951 film A Streetcar Named Desire and the 1948 film The Red Shoes