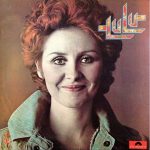 Lulu is a 1973 album by British singer Lulu. It was her first album on Chelsea Records. Produced by American songwriter Wes Farrell, the lead single was “Make Believe World”. It also included covers of “Groovin'”, “Do Right Woman, Do Right Man” and David Cassidy’s “Could it Be Forever”. The album failed to chart, although Lulu came back to prominence a few months later with the release of the hit single “The Man Who Sold the World”. The single reached No.3 in the UK and became one of the singer’s biggest hits, but was not included on this album. Although the album met with little chart success, reviews were good, with Allmusic retrospectively calling it “top class”.