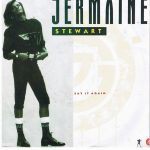 Say It Again is a 1988 album by Jermaine Stewart. It was released in 1988 on Arista Records; his second full-length album for the label, and his final album to be released in North America. The title track of the album reached No. 27 on the Billboard Hot 100. Tracks 1  Don’t Talk Dirty To […]