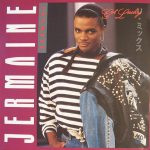 “Get Lucky” is a song by American singer Jermaine Stewart, released in 1988 as the second single from his third studio album Say It Again (1987). It was written by Errol Brown and Simon Climie, and produced by Aaron Zigman and Jerry Knight. For its release as a single, “Get Lucky” was given a remix by Phil Harding. The song was a commercial success, particularly in Europe, but failed to chart in the United States, although it did reach No. 12 on the Billboard Dance Club Songs chart. It reached No. 13 in the UK, and No. 6 in both Switzerland and Germany.

A music video was filmed to promote the single. It was directed by Dieter “Dee” Trattmann and produced by Anthony Taylor for Picture Music Int. On March 13, 1988, a UK film crew visited Stewart at his home in Hollywood, with footage being shot behind the scenes of the “Get Lucky” video. In the UK, Stewart also performed the song on popular music show Top of the Pops. The single’s B-side, “Imagine”, which was exclusive to the single, written by Stewart and Roy Carter 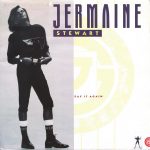