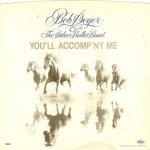 “You’ll Accomp’ny Me” is a song written and recorded by American rock singer Bob Seger. It appears on his album Against the Wind.

An entry in the Encyclopedia of Classic Rock describes the song as “forecast[ing] his career direction by crossing over onto Billboard’s Adult Contemporary chart”. Stephen Thomas Erlewine of Allmusic wrote in a review of Against the Wind that “the record really starts to kick into high gear with ‘You’ll Accomp’ny Me,’ a ballad the equal of anything on its two predecessors.” Jim Harrington of The Mercury News selected “You’ll Accomp’ny Me” as one of Seger’s 10 best songs and as his “best love song.” Billboard Magazine said that it “starts out as a melodic ballad and gains almost in- spirational momentum” by the end. 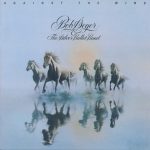