1979 Tom Johnston – Everything You Have Heard Is True 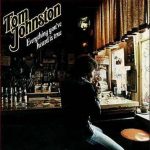 Everything You’ve Heard Is True is the first solo album by Tom Johnston, released in 1979.

Charles Thomas “Tom” Johnston (born August 15, 1948) is an American musician. He is a guitarist and vocalist, known principally as a founder, guitarist, lead vocalist and songwriter for the Grammy Award winning rock group The Doobie Brothers, as well as for his own solo career. His off-and-on career with The Doobie Brothers spans more than 40 years, during which time the band exhibited numerous successful styles.

1 Down Along The River

4 I Can Count On You

6 Reachin’ Out For Lovin’ From You

8 Man On The Stage