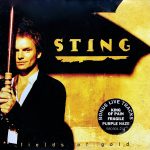 “Fields of Gold” is a song written and recorded by Sting. It first appeared on his 1993 album Ten Summoner’s Tales. The song was released as a single but only made it to number 16 on the UK Singles Chart and number 23 on the US Billboard Hot 100. However, it did reach No. 2 in Canada and became one of Sting’s most famous songs. 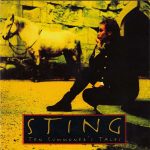