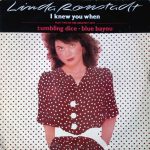 “I Knew You When” is a song written and composed by Joe South. It became a popular hit in 1965 when recorded by American pop and country singer Billy Joe Royal. There have also been several other hit cover versions of this song, including Donny Osmond and Linda Ronstadt.

Linda Ronstadt recorded a cover version for her Gold-plus 1982 album, Get Closer.Her single was produced by Peter Asher and released on Asylum Records. Aided by a popular music video, it reached #30 on the Cash Box Top 100 chart and #37 on the Billboard Hot 100 as the album’s second single.

Additionally, it reached No. 84 on the country chart, and No. 90 in the United Kingdom. The song was also a Top 40 Hit in Australia, giving Ronstadt an underappreciated hit, reaching #36 on the Kent Music Report chart in early 1983.[6] It did best on the adult contemporary charts, reaching #29 (U.S.) and #17 (Canada). 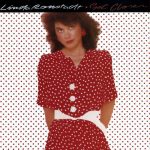