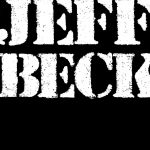 There & Back is the third studio solo album by guitarist Jeff Beck, released in June 1980 through Epic Records. The album reached No. 10 and 21 on the U.S. Billboard Jazz Albums and Billboard 200 charts respectively, and No. 36 on the Swedish albums chart. Notably, There & Back showcases Beck’s stylistic shift towards instrumental rock while largely retaining the jazz fusion elements of his two previous releases, Blow by Blow (1975) and Wired (1976). The opening track, “Star Cycle”, was used for a number of years as the theme song for the British music programme The Tube (1982–87); “The Pump” was featured in the 1983 film Risky Business; “Too Much to Lose” is an instrumental cover of a song composed by keyboardist Jan Hammer that was originally featured on the Jan Hammer Group’s 1977 album Melodies.

2 Too Much To Lose