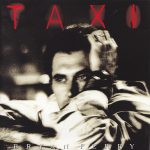 Taxi is the eighth solo studio album by Bryan Ferry, the former lead vocalist for Roxy Music. The album was released on Virgin Records in April 1993, over five years after the release of his previous album Bête Noire. This was Ferry’s third solo album since the second demise of Roxy Music in 1983, ten years earlier. The album was a commercial and critical success, peaking at No. 2 in the U.K., it was certified Gold by the BPI.

2 Will You Love Me Tomorrow

7 Girl Of My Best Friend

11 Are You Lonesome Tonight?