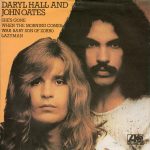 “She’s Gone” is a song written and originally performed by the American duo Daryl Hall and John Oates. The soul ballad is included on their 1973 album, Abandoned Luncheonette.

The song was released as a single in 1973. It was a major hit in Hall & Oates’ home market of Philadelphia[citation needed] and peaked nationally at #60 on the Billboard Hot 100 chart. Nearly three years later in 1976, after Hall & Oates had moved to RCA Records and had scored the hit “Sara Smile”, Atlantic Records re-released the original single under a different number (Atlantic 3332). This time, “She’s Gone” was a hit, peaking at #7 on the Billboard Hot 100. On the R&B chart, the song peaked at #93. On the Radio & Records airplay chart, the song debuted at #37 on the August 13, 1976 issue; after six weeks it reached a peak of #8, staying there for three weeks, with four weeks in the top 10 of the chart and thirteen weeks on the chart in total.

Daryl Hall, according to some reports,[citation needed] has called it the best song he and John Oates wrote together. Both performers were undergoing romantic problems at the time the song was written. A 1985 article in Rolling Stone said the song was about Hall’s divorce from wife Bryna Lublin, while VH1’s Behind the Music episode on the duo showed Oates explaining it was about a girlfriend that stood him up on New Year’s Eve.

John Oates spoke of the song in a 2009 interview with American Songwriter: “I sat down with the guitar and sang the chorus of ‘She’s Gone’ basically the way that it is. Then I played it for Daryl because I didn’t have anything else. It just happened. I said, ‘Hey, I’ve got this really great chorus.’ And we wrote the verses together. ‘She’s Gone’ is a song that endures.” 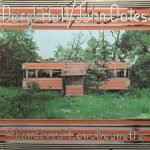