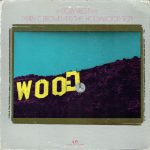 Mary C Brown and the Hollywood Sign was the fourth solo LP by Dory Previn, released in November 1972. This was a thematic album about Hollywood misfits. The songs were intended for a musical revue that ran briefly in Los Angeles. It was planned to stage it on Broadway, but the previews were poor and the show was cancelled before it opened.