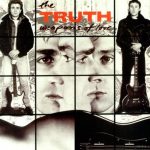 “Weapons Of Love” is the only single by The Truth that hit the US Billboard Charts. It peaked at #65.

Weapons Of Love is the second album by The Truth, released in 1987 on IRS Records. The Truth is a British rock band, active from 1982 to 1989. They reformed in 2012 for occasional live performances. The group was formed by Dennis Greaves, formerly of Nine Below Zero, and Mick Lister in early 1982. They […]