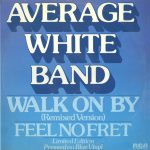 “Walk On By” is a song composed by Burt Bacharach, with lyrics by Hal David for singer Dionne Warwick in 1963.

The Average White Band cut a lightly disco-tinged version (featuring reggae and funk underpinnings) that charted in 1979. Though AWB is sometimes remembered as an instrumental band, their version of “Walk On By” was a vocal track—as were many of their other songs. 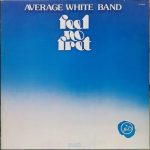