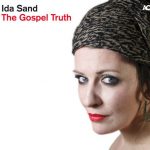 The Gospel Truth is the third album by Ida Sand, released in 2011.

Ida Sand studied music at Högskolan för scen och musik in University of Gothenburg. She debuted as a guest artist at Nils Landgrens Christmas with My Friends in 2006 releasing her solo debut album Meet Me Around Midnight in 2007. She is signed to ACT label. Sand is married to guitar player Ola Gustafsson. Ida Sand is the daughter of Staffan Sandlund, an opera singer.